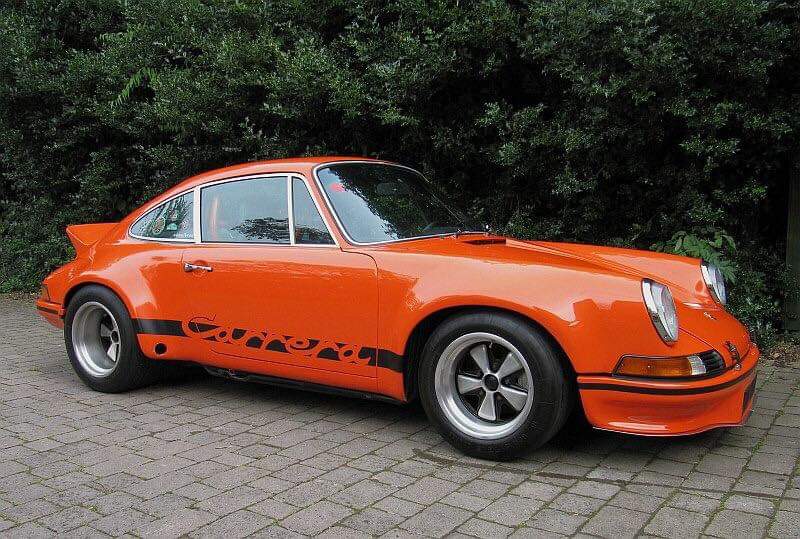 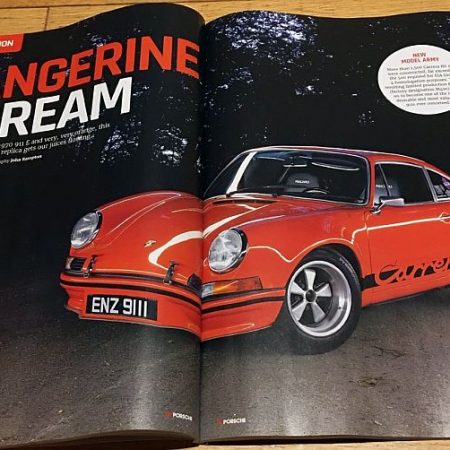 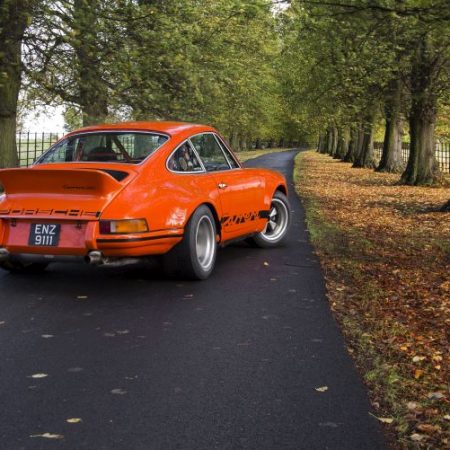 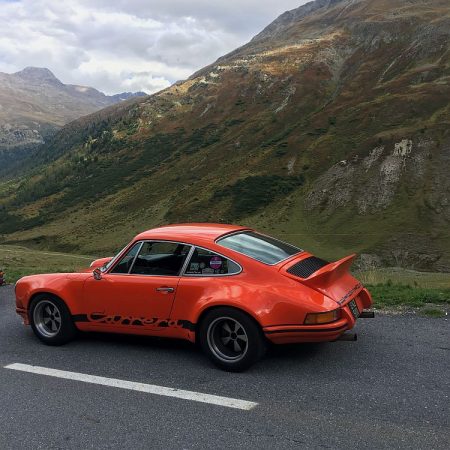 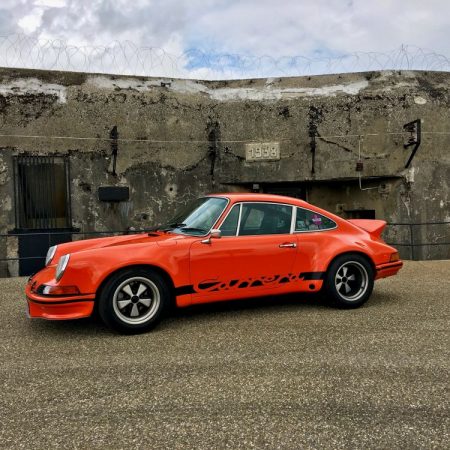 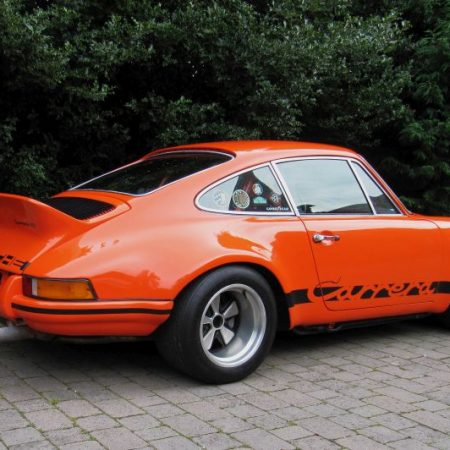 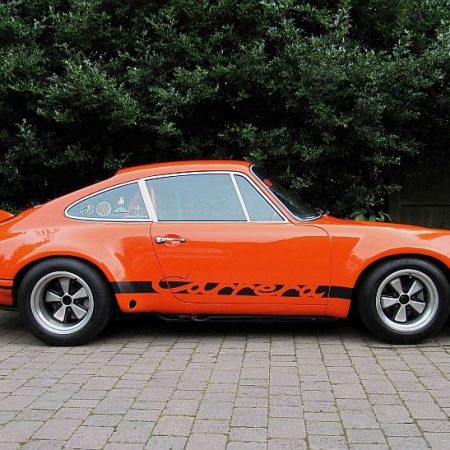 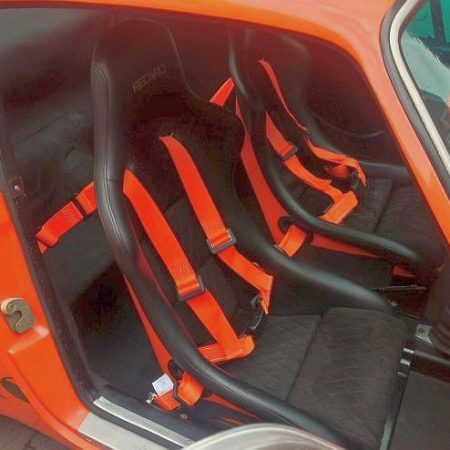 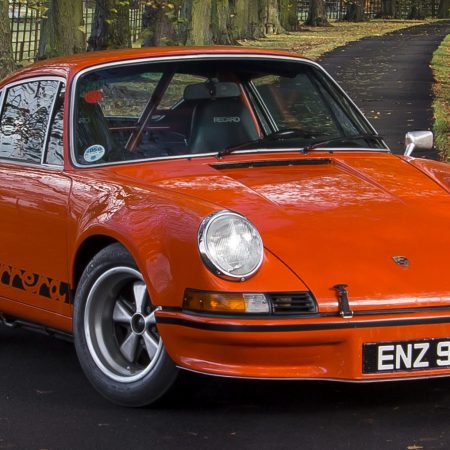 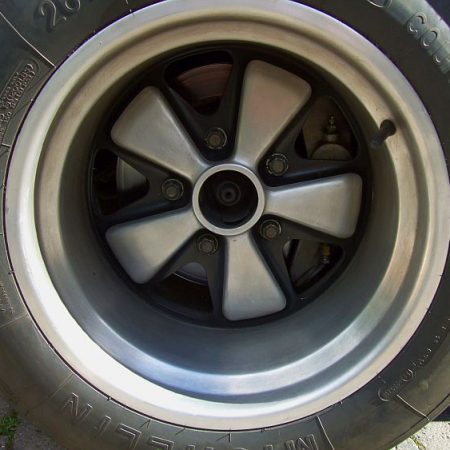 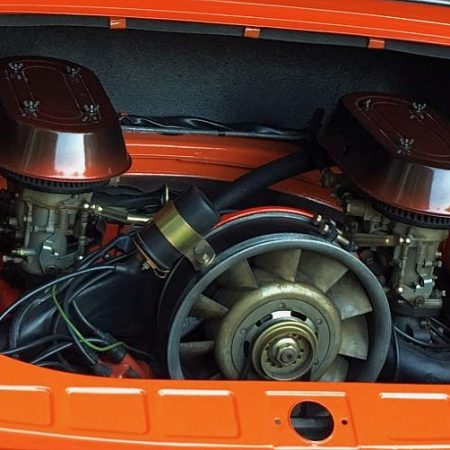 A fantastic 1973 2.8 RSR recreation based on an original early pre impact bumper car, fully restored and with extensive provenance since new.

Built originally by famed hot rodder Chris Nielsen from Seattle, this well known UK car has been enthusiast owned for over 10 years and features in the November 2019 edition of GT Porsche magazine under “Tangerine Scream!”

This homage as close looking to an original as you can get with original steel widebody with correct steel RSR arches, RSR fibreglass ducktail and RSR front bumper (with mounted oil cooler), RSR double leather stitched steering wheel, RSR 10k rpm / 300kmh dials, RSR door panels, RSR door pulls, RSR clock and radio delete, RSR leather strap window mechanism etc. Parked next to an original you would struggle to tell which is which.

Power comes from a 3.0L block bored out to 3.2L litres with big port heads, 3.3L crank and rods with 3.2L pistons, fully rebuilt, detailed and professionally re-bushed throttle shafts and runs on  Webber 20/21 40mm cams and SSI’s all running through a 915 5 speed transmission with LSD (factory) and a Sachs sport clutch. The engine was built by the respected Bernie Buschen, a well known Porsche race builder from the 70’s and owner of European Autowerke.

Suspension has all been upgraded to later Carrera spec with turbo torsion bars, Bilstein Sport shocks, Hurst Airheart Aluminum 4 piston callipers (as used in NASCAR) and with 9”/11” Fuchs alloys on Michelin TB tyres means this RSR handles and stops like it looks! The car is surprisingly fast at circa 260bhp/230lb ft torque, revs like a later RS and only weighs in around 900kg. Leather and suede custom Recaro Pole Positions hold you in place with 3 point race harnesses and there is an optional half roll cage available.

For more information or to purchase: Request a call back or contact us directly. 07790 993911 info@gtclassics.co.uk