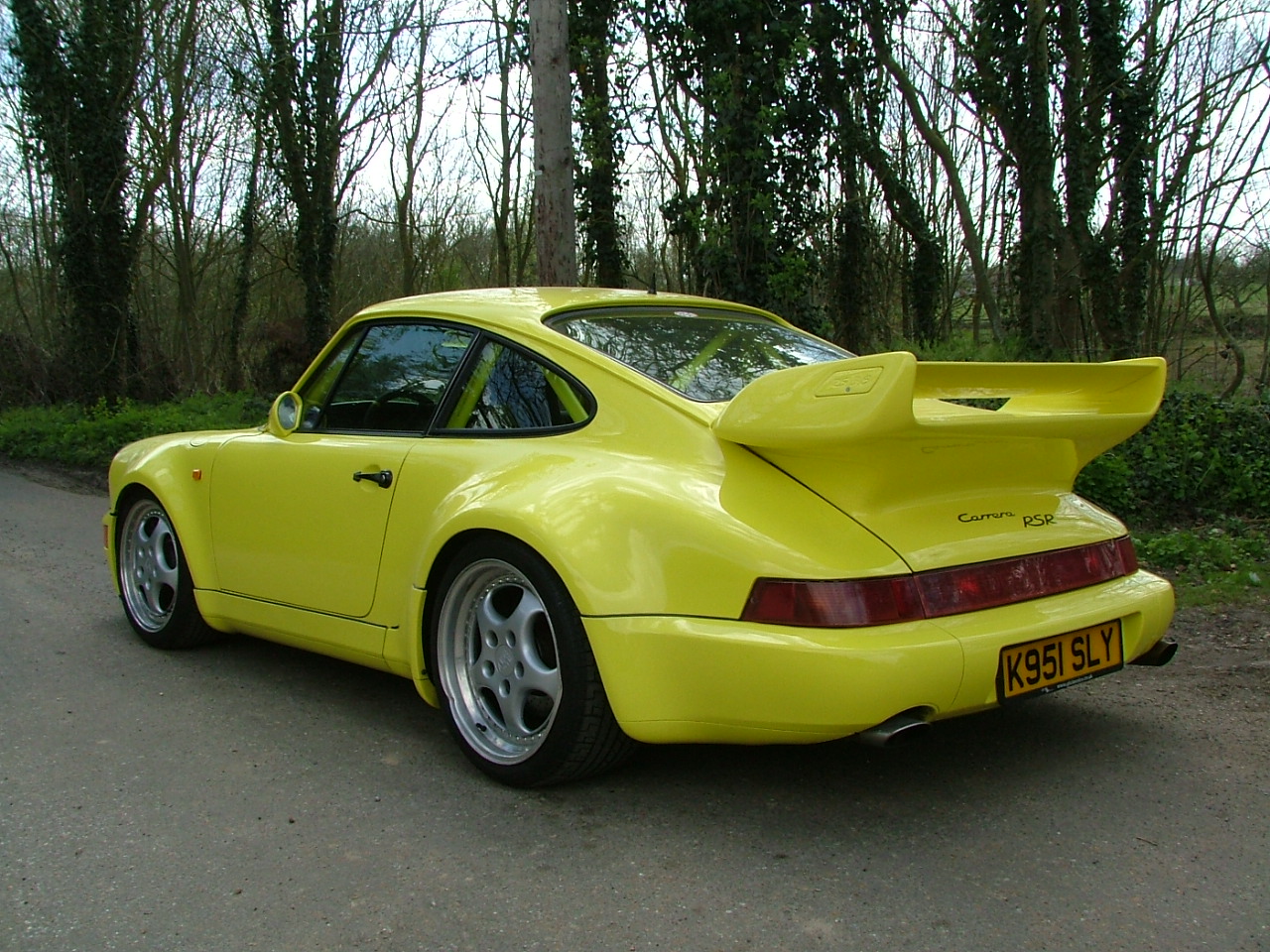 This car was converted in 1993 by Jurgen Alzen Motorsport from one of their old 964 Cup cars. It is fitted with 964 Turbo 3.3 running gear, and converted to widebody with original Porsche parts. Adjustable boost control. I’ve owned it several times over the years and it’s never failed to make me grin. It’s original colour is Maritime Blue underneath the Yellow, and is likely to be one of the Cup cars driven by Uve Alzen in the German Carrera Cup championship.

This car has been sold

You're too late for this one, contact us or request a call back to see if we have any similar models. 07790 993911 info@gtclassics.co.uk